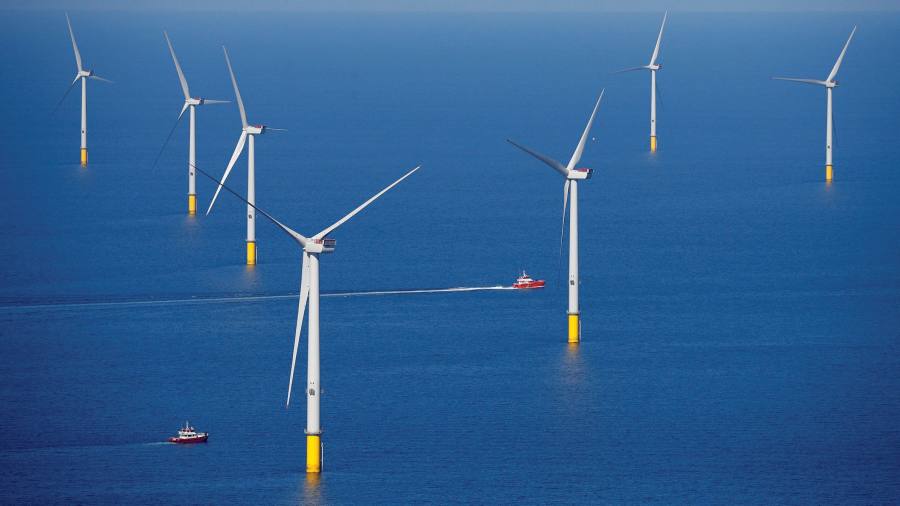 America’s fledging offshore wind power industry risks being left “dead in the water” if US authorities clamp down on the use of foreign materials and equipment, according to the Spanish-owned company jointly building the country’s first big project.

Bill White, head of offshore wind at Avangrid, part of Iberdrola, said that strict demands for local content could cripple development of new offshore wind farms that for now rely on equipment made in Europe.

But the proposed legislation includes clauses linking some tax credits with targets for job creation and the use of US steel — provisions that operators say could raise costs and slow down construction.

“If you put the hammer down today and basically say: ‘You can’t build an offshore wind project unless you use a US-manufactured wind turbine’, we’re dead in the water,” said White, whose company has joined with Copenhagen Infrastructure Partners to develop the Vineyard Wind project near Massachusetts.

“We need to think carefully about potentially protectionist impulses that might inadvertently stop the progress on building offshore wind,” White said.

The Biden administration has said that its plan to slash US emissions will create “millions of new jobs” as a thriving clean energy economy emerges, with offshore wind alone spawning “new supply chains that stretch into America’s heartland”.

After receiving final government approval, Vineyard’s developers are expected to secure financing imminently and begin construction in weeks. They say the project’s 62 turbines will generate 800 megawatts of power, enough to supply 400,000 homes.

Tax breaks have helped the renewable energy industry gain a foothold in the US over the past two decades. But credits have had ending dates, with Congress extending them at the last minute or even after they had expired. The latest extension came in an end-of-year spending and Covid-19 relief package passed in December.

Proposals now before the Democratic-led Congress would provide a 10-year extension to the production tax credit currently available to wind and reboot a similar programme for solar, providing developers with a longer-term planning horizon.

But to take full advantage of some of the proposed tax breaks, developers would have to meet certain requirements on “prevailing wages” and hiring of apprentices. In some cases, at least 55 per cent of materials they used would have to be domestically sourced.

Just seven wind turbines have so far been installed in US waters. The US does not possess the supply network needed to meet Biden’s goal of 30,000 megawatts of offshore wind capacity by 2030, leaving developers dependent on manufacturers in Europe’s more mature offshore wind sector.

“For the first few projects that’s the only way it’s going to happen,” said Jamie MacDonald, director of operations at Xodus Group, an energy consultancy. “When people realise these projects are coming to fruition . . . that will be the trigger for it to accelerate.”

Some manufacturing facilities are being built in the US north-east and the US’s first offshore wind turbine installation ship is under construction in Texas.

But these will arrive too late for Vineyard Wind. The project’s turbines will be built in France by GE.

The US Department of Energy said in its latest offshore wind market report that initial Atlantic coast projects were expected “to rely heavily on international supply chains for major components, installation vessels, and engineering design work”.

White said the industry had already surpassed all expectations in reducing its costs and a domestic supply chain would eventually flourish. But the industry needed time to develop.

“We hear the Congress and the states loud and clear. But give us a window so that we can show you that we are driving this localisation to the US,” he said. “Soviet central planning, I think, has never proved to work.”