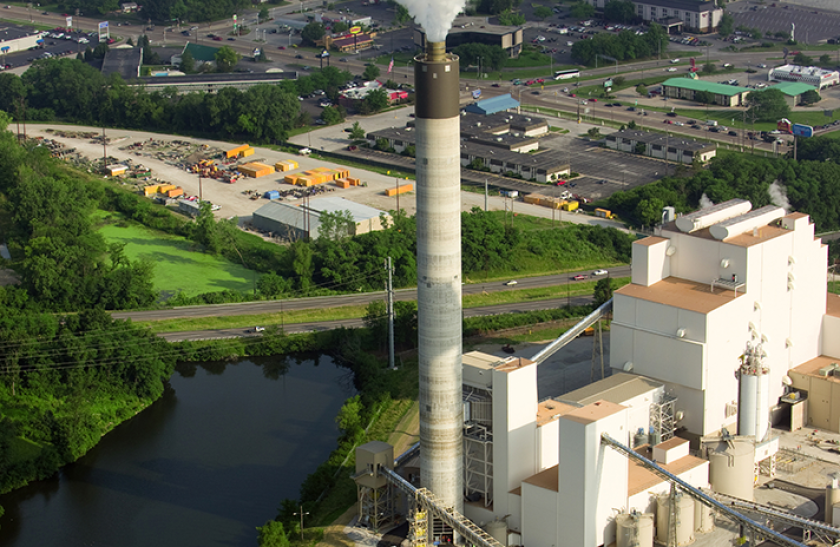 The legislation calls for municipally owned coal plants to cut all carbon emissions or face closure by the end of 2045. By early 2035, they must reduce emissions by 45% but they will have another three years to meet that mandate by either partially shutting down or through so-far only theoretical carbon capture technology.

The original package under consideration would have decommissioned the $5 billion Prairie State and the Dallman 4 coal plant in 2035. Negotiators later pushed the date back by 10 years to 2045 conditioned on the capture of 90% of carbon emissions by 2034.

The deadlines still come before all debt issued for the Prairie State coal-fired campus is retired but they offer sufficient flexibility that both Prairie State — owned by nine municipal power agencies or cooperatives in Illinois, Indiana, Kentucky, Missouri and Ohio — and Springfield City Water, Light & Power remained “neutral” on the final version removing a key obstacle to passage.

That’s because Prairie State could meet the 45% mandate by shutting down one of two units in the absence of carbon capture technology, lawmakers said they were told by Prairie State officials. And the planned closures over the next two years of Springfield’s other Dallman coal units would allow it to meet the mandate.

“Today, with the Senate passage of SB 2408, the State of Illinois is making history by setting aggressive standards for a 100 % clean energy future,” Gov. J.B. Pritzker said of the legislation that his administration helped negotiate with lawmakers, labor, and environmental groups. “I look forward to signing this historic measure into law as soon as possible, because our planet and the people of Illinois ought not wait any longer.”

The package puts the state on a path to 100% clean energy by 2050. In addition to the deadlines for coal and gas-powered plants and investments and rebates for renewables, it provides $700 million in subsidies to Exelon Corp. to keep costly but carbon emissions freenuclear power plants open.

Exelon was set to begin shuttering one plant this week and another in November without the public subsidies, hastening efforts to pass the legislation after it failed to clear the finish line during the legislature’s spring session. The logjam was due in large part to the tussle over the fate of Prairie State and Dallman 4.

Springfield’s city-owned City Water, Light & Power utility owes $36.6 million annually for a total of $366 million in debt service payments through March 2040. The city is working with the University of Illinois on a carbon capture project funded by the Department of Energy.

The legislation requires a 45% reduction based on 2018-2020 total Dallman emissions, which allows flexibility to operate Dallman Unit 4 until 2045, CWLP Chief Utility Engineer Doug Brown said in a statement. “We commend Illinois legislators who worked directly with CWLP to attempt to lessen the significant impact directly to the City of Springfield, which is such a small portion of the state.”

More than half of Prairie State’s ownership is among power agencies outside Illinois.

Some local Illinois municipalities were fine with earlier deadlines that could have forced closures between 2035 and 2045 because their contracts tied to Prairie State end by then and most, but not all, of the more than $4 billion borrowed is retired by 2045.

Prairie State bondholders aren’t expected to face any danger on the early shutdown due to airtight take-or-pay contracts that require municipal owners to repay the debt whether or not the plant is operating. Contracts also carry a default provision that requires power agency participants to cover other members’ defaults.

Early closures before bonds are retired create other pressures. They could drive up ratepayer costs because ratepayers must repay the bonds and purchase alternative energy sources. Prairie State participants also were banking on the plant operating long after the bonds were retired.

“I think this gives them a little more room and it is not as restrictive. There are some issuers that will still have some debt outstanding but it’s not significant,” said Jennifer Chang, public power sector lead at Moody’s Investors Service.

Moody’s will look to the utilities it rates for their strategic plans to deal with the closures and compensate for the lost energy and how spread out among members the burden is, Chang said.

“It’s not an emergency credit rating action. They have time to mitigate” the impact, Chang said. “They don’t need to have the plan tomorrow they are going to need some type of strategy.”

Ohio-based American Municipal Power Inc., the largest stakeholder in Prairie State, warned that if various proposals were to become law “the impact on the PSEC, AMP and the participants could be material” in its offering statement published in August on a proposed $142 million Prairie State refunding.

BofA Securities Inc. is the senior manager. The deal originally was expected to price earlier this month but it was held and had not yet sold as of Tuesday.

AMP and the other PSEC owners reported that they had engaged consultants to develop various contingency plans should the Illinois legislature pass comprehensive de-carbonization legislation.

“Should legislation advance and be signed into law, it could exert downward pressure on the rating, although at this time we are unable to assess the extent of the downward pressure or whether the pressure would become manifest in the near term,” S&P said.

Supporters of Prairie State promote it as one of the cleanest-burning coal plants in the country but environmental groups counter that it’s still the largest carbon dioxide emissions polluter in the state and in the top 10 nationally.

Prairie State early on proved a headache for some of the public utility stakeholders due to construction delays, regulatory probes, and cost overruns but they say it’s now an affordable source of energy.

Peabody Energy Inc. initially sponsored the project in Washington County promoting it as an affordable source of energy with state-of-the-art anti-pollution technology at the time. Bechtel Power Corp. built it. It initially carried a $2 billion price tag, but cost overruns drove the price tag up to $5 billion.

The plant became fully operational in 2012. The campus includes a two-unit 1,629 megawatt pulverized coal, supercritical coal-fired generating facility supplied by an adjacent coal mine. It initially experienced outages and capacity reductions that were a drag on its operating performance.

The rising costs pushed on to customers triggered lawsuits from local participants, calls for state attorneys general investigations, and subpoenas from the Securities and Exchange Commission. Some communities tried to sell their stake or find other means to back out of the project while others tapped reserves and refinanced debt to soften the blow on rates.

The SEC launched its probe in 2013 with the disclosure that Peabody and AMP had received subpoenas related to the development of the project. It was resolved without action in 2017.

The plant has seen another $1 billion in investment to update environmental controls.

Some GOP members joined the Illinois House and Senate’s Democratic supermajorities in approving the package, but others blasted the legislative mandates and warned of rising costs for ratepayers, risks to the power grid reliability, coal job losses, and the possibility that power agencies will need to purchase carbon-producing energy from other states.

Backers of the legislation countered that power grid reliability assessments will be conducted regularly leaving open the door for potential changes in the mandates if needed.

“Here we are, another bailout bill, that will be the greatest energy increase in Illinois history,” Sen. Craig Wilcox, R-McHenry, said during debate. Studies have differed on the cost that range as low as $3 to a high of $15 monthly for residential customers.

Sen. Don DeWitt, R-St. Charles, recalled as a member of the St. Charles City Council in 2004 signing on to a 35-year agreement for an equity position in Prairie State as a means for reliable and affordable energy. “That rug is now being pulled out from under them,” DeWitt said. Constituents “will be stuck paying off long-term debt for energy they will not be receiving from Prairie State while also paying for backfill energy that will need to be secured from other sources.”