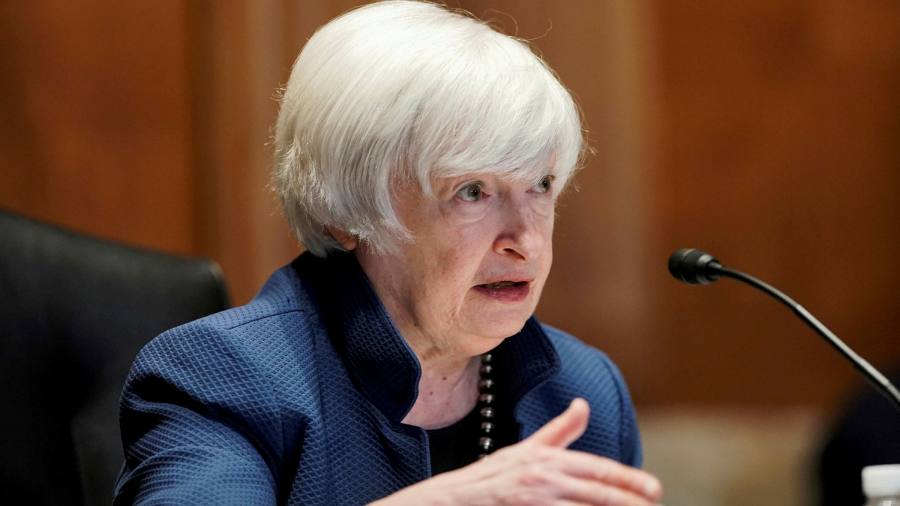 Janet Yellen has warned that the US Treasury will run out of cash next month unless Congress increases the borrowing limit, as Joe Biden’s administration grows increasingly worried about a possible debt default.

In a letter to congressional leaders on Wednesday, the US Treasury secretary said she could not offer “a specific estimate” of when it would run out of cash, but the “most likely outcome” was that its coffers would be “exhausted during the month of October”.

Increasing the US debt limit used to be a routine affair for Congress, allowing the Treasury to pay the bills for spending already approved by lawmakers.

Since Barack Obama’s presidency, however, Republican lawmakers have resisted increasing the debt limit when the White House is controlled by Democrats, often demanding conditions that triggered impasses on Capitol Hill and occasionally bringing the US to the brink of default.

Yellen wrote in her letter to congressional leaders that even “waiting until the last minute” to avert a debt limit crisis could cause “serious harm to business and consumer confidence, raise short-term borrowing costs for taxpayers, and negatively impact the credit rating of the United States”.

Further, “a delay that calls into question the federal government’s ability to meet all its obligations would likely cause irreparable damage to the US economy and global financial markets”, she added.

An increase in the US debt limit could be passed as a stand-alone bill, although it is more likely to be attached to other economic and budgetary legislation that is being considered by Congress in the coming weeks.

This includes the $3.5tn social safety net expansion that is expected to garner only Democratic votes, and a government funding bill to avoid a shutdown.

Biden administration rolls out a blueprint for a ‘renters bill of rights’ – Here’s what it includes
Why Upstart (UPST) is Soaring Today
Stocks making the biggest moves midday: Wayfair, Meta, Apple, Spotify, Qualcomm and more
The first ETF is 30 years old this week. It launched a revolution in low-cost investing
Germany defies allies’ pressure to send tanks to Ukraine