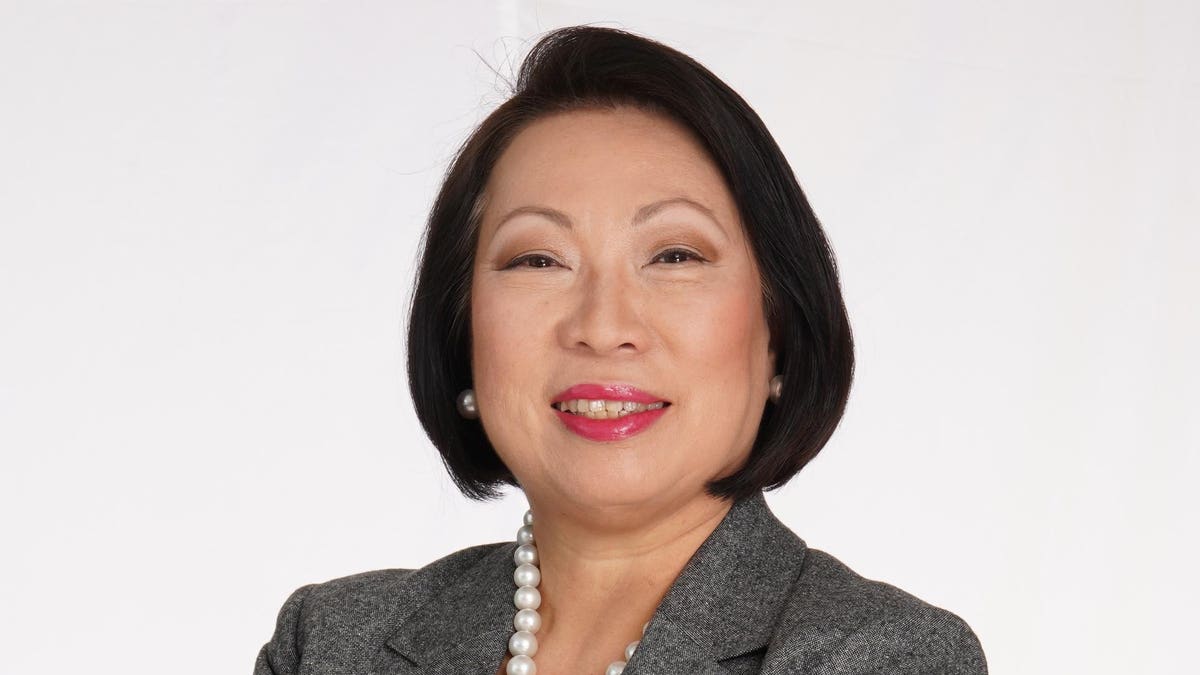 Josephine Gotianun-Yap is plowing ahead with growing her family’s diversified company despite a drag from the pandemic.

In August, Filinvest Development president and CEO Josephine Gotianun-Yap made the gutsy call to go ahead with its listing of a REIT, into which it was injecting 17 office towers from its subsidiary Filinvest Land. At $236 million, Filinvest REIT Corp.’s IPO was one of the largest ever attempted on the Philippine stock exchange and the first for the Gotianun family in nearly a decade since its EastWest Bank went public in 2012.

Then came a red flag on Aug. 4, just eight days before the first trading day for the stock, when another large Filipino company, Del Monte Philippines, postponed its IPO due to Covid-induced market volatility.

“It never crossed my mind to stop the deal,” Gotianun-Yap said in a virtual media briefing around the time of the listing. “I really had confidence in the portfolio and it has proven to be most resilient and it survived the pandemic.” On Aug. 12, she got the deal done and the REIT listed.

It was a calculated move by Gotianun-Yap as the pandemic continues to roil global markets and Filinvest Development’s businesses, underscoring her resolve to diversify the $1.3 billion (market cap) real estate and banking company, which has roots going back six decades. Her family has come a long way from the used-car financing company Gotianun-Yap’s parents started in 1955—the same year Gotianun-Yap, 66, was born, the third of four children and the only daughter.

In the 1960s, her parents ventured into their first property project in the central Philippine island of Cebu, and eventually grew that into Filinvest Development, now one of the country’s largest holding companies with interests in financial services, hospitality, utilities, property and sugar.

While her mother holds the title of chairperson emerita, Gotianun-Yap’s older brother Jonathan is chairman. The two siblings share in the day-to-day running the family’s group of businesses, helped by another six of the next generation. Younger brother Michael also sits on the board. (Their brother Andrew Jr.—who died in May—was vice chairman of Filinvest Land until 2020.)

In an email, Jonathan says of his sister: “She is a strategic and innovative leader, and often comes up with solutions, suggestions or comments, which are quite out of the box and which have been instrumental in propelling Filinvest forward this last decade.”

The siblings are playing the long game with Filinvest Development, and towards that end Gotianun-Yap has now built a war chest of funds approaching $700 million. In addition to the cash from the REIT listing, Gotianun-Yap was already sitting on $433 million raised from a fundraising effort started last year through international and domestic bond offerings.

Where will the money be deployed? Gotianun-Yap plans to invest 37 billion pesos ($740 million) over the next few years, with more than half slated for power and water utility projects. Another 16 billion pesos will be spent on office, industrial and residential developments this year, including 11 office towers across Metro Manila, Clark in Central Luzon and Cebu, she says.

“We’re significantly building our office segment,” Gotianun-Yap notes in an interview via video in late July before the REIT offering. “That’s a deliberate strategy on our part, to be more resilient.”

She certainly needs resilience. The group’s hospitality, retail and residential properties have become collateral damage from what’s been happening in the broader Philippine property market due to the pandemic. Earnings at Filinvest Development have slumped, with first half profits down 42% to 4.2 billion pesos from a year ago, on top of 2020’s full year earnings down by 29%. Filinvest Development shares are down nearly 40% since the start of 2020 when the virus first emerged.

And while it’s still early days, some of the shine has come off its latest listing on the Philippine stock exchange. Filinvest REIT’s rental income fell 7% in the first half to 1.4 billion pesos from a year ago while revenue slid 13% to 2 billion pesos—though net profit got an 8% boost from a tax cut. The REIT’s share price has barely changed from its offering price of 7 pesos.

“Never assume everything is going to be nice and dandy. We always have that at the back of our minds.”

The company’s move out of property and into other areas such as financial services, power and sugar didn’t fully insulate it from the wide-ranging effects of the pandemic. In the 2020 results, the five main divisions of the company had lower revenues year on year, except for banking and sugar, which eked out modest gains. Yet the declines were the steepest in property and hospitality, allowing Gotianun-Yap to claim some advantage from the diversification strategy set in place about a decade ago.

“Our 2020 performance signifies that we can be defensive during a downturn yet also well-positioned to capture growth when the economy recovers,” Gotianun-Yap and Jonathan said in their joint statement in Filinvest’s 2020 annual report.

She’s confident that despite current downturns in the company’s business lines, creditors will continue to back its projects. “We’ve kept our credit record clean through the years,” she says. “We’ve always lived up to our financial commitments, whether it’s to our bondholders or to our customers or to our bankers. As a result, you can see that they’re always willing to support us.”

Gotianun-Yap, who helmed Filinvest Development as CEO for the past 20 years before taking on the same role at the flagship property company, believes in being prepared, a lesson learned from her father. He led the company through decades of political turmoil that upended the economy, sent the peso crashing in the 1980s and included the Asian financial crisis in the late 1990s.

“[The family] always makes sure that we have cash set aside in case there’s a crisis,” Gotianun-Yap says. “Never assume everything is going to be nice and dandy. We always have that at the back of our minds,” she says. Filinvest Development’s earnings had steadily tracked upward until the pandemic, with the company’s net profit reaching a record high of 12 billion pesos in 2019.

Since she was born at the same time as the business, Gotianun-Yap literally grew up with it. “Dinner conversations revolved around the business,” she recalls. “Saturday mornings were spent in the office and we accompanied my parents to site inspections even as children.” After graduating from Ateneo de Manila University in 1975 with a degree in business management, she moved to the U.S. to get her M.B.A. from the University of Chicago. Soon after, she joined the family business before rising to her present roles at Filinvest Development in 2000.

She took the helm at the listed Filinvest Land after her husband Joseph Yap—the current Philippine ambassador to Singapore—retired as president and CEO in 2012. Previously, she was president of commercial developer Filinvest Alabang, overseeing Filinvest City, the company’s crown jewel development in southern Metro Manila.

Despite ongoing pandemic restrictions in the Philippines, Gotianun-Yap is confident demand for office space will continue to increase. The company’s decades-long focus on developing properties outside of urban centers should stand Filinvest in good stead. Companies are seeking to minimize employees’ exposure to Covid-19 by moving away from the crowded capital, according to a February report by property consultant JLL.

To that end, Filinvest is building a 280-hectare IT industrial park at New Clark City in Pampanga, 90km north of Manila, that will include space to cater to the booming demand for e-commerce. It’s also developing office and commercial buildings on 51 hectares of reclaimed land in Cebu City, the Philippines’ second-largest city.

She’s optimistic that the residential property business—among the hardest hit by the pandemic—will return to pre-pandemic levels by next year. Revenue from the company’s residential portfolio improved 5% to 5.3 billion pesos in the first half from a year ago, reflecting resilient demand on record low interest rates and strong remittances from overseas Filipinos.

“Residential sales are starting to climb, with buyers getting used to transacting online and sellers learning how to do digital marketing,” she says. Julian Tarrobago, chief investment officer of Union Bank of the Philippines, sounded a note of caution. “There are visible improvements in the economy but we’re not out of the woods yet,” he says. “It all depends on the reopening of the economy. Residential demand will probably return to pre-pandemic levels in late 2022 to early 2023, driven by demand from a young, vibrant and productive population.”

To get ready, Filinvest wants to develop its massive landbank of 2,500 hectares over the next three years and is launching over 30 billion pesos worth of affordable and middle-income residential projects across the country including those in the provinces.

As with its office developments, “Filinvest is going in the right direction by developing residential projects outside of the capital,” says Lexter Azurin, deputy head of research at AB Capital Securities in Manila. “With Covid-19, more people prefer to live outside of Metro Manila. Demand for housing across the country is quite strong.”

A buoyant office sector and rising housing demand should lift earnings; Filinvest Land’s net profit is expected to rise 3% to 3.8 billion pesos this year and then jump to 4.8 billion pesos next year, according to the average estimate of nine analysts compiled by Bloomberg.

But its strategy to move beyond existing businesses is where Gotianun-Yap is staking future growth—especially in sustainable fields such as utilities and renewable energy. “We are not pursuing sustainability initiatives for the sake of being green,” Gotianun-Yap says. “They have to make economic sense.”

“It never crossed my mind to stop the deal. I really had confidence in the portfolio.”

The company is investing another 13.9 billion pesos across a pipeline of renewable energy projects that include a 33-megawatt hydroelectric power plant in northern Philippines, a 20-megawatt biomass facility at its sugar mill in Mindanao and solar farms with a combined capacity of 95 megawatts. “It’s good that Filinvest is branching out from its traditional businesses,” says Azurin at AB Capital. “These projects will provide additional recurring income.”

Aside from investing in businesses with long-term sustainability, Gotinaun-Yap is looking to cultivate the sustainability of the family by readying the next generation for bigger roles. Isabelle, her eldest child and only daughter, works as a special projects officer at EastWest Bank, while son Joseph Patrick is the chief technology officer of the company’s IT arm.

Francis, a son of Jonathan, is senior vice president of Filinvest Hospitality. “The third generation is being mentored to become responsible shareholders and have meaningful hands-on experience in the business,” Gotianun-Yap says.