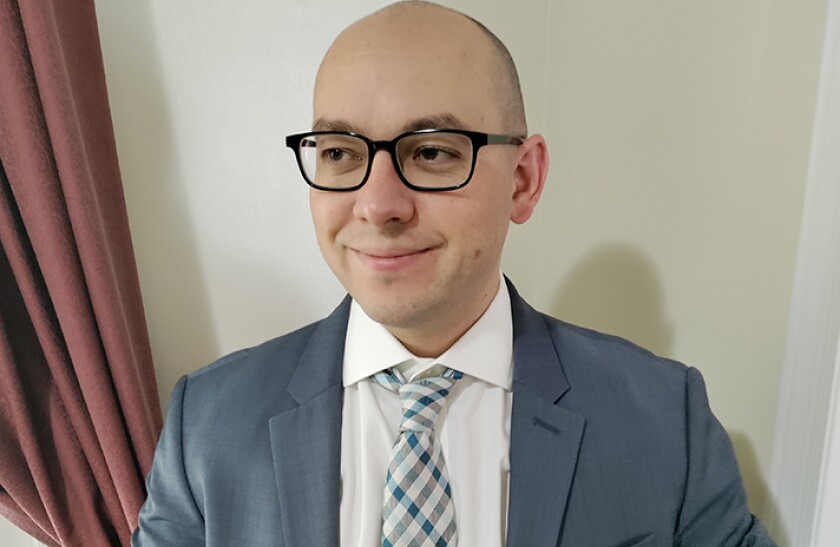 David Cantamessa was hired by the Municipal Evaluations team at ICE Data Services in 2016 to help with the firm’s roll out of live, real-time municipal yield curves.

Since then, David has led the implementation and management of ICE’s Municipal Bond Curves for real-time market data, time-sensitive pricing, evaluations and reference data for municipal securities trading, spanning the yield curve and credit spectrum.

David’s main positive contribution to the municipal bond community comes from “his key role in the modernization of an important aspect of the municipal market: real-time yield curves, the first of which was the ICE Muni Yield Curve, which has been a core component of the ICE Data Services tax-exempt Continuous Evaluated Pricing (CEP) process for almost four years,” according to his nominating form.

He has collaborated with several internal departments, as well as with his colleagues on the Municipal Evaluations team, on development of multiple Municipal Bond Curves.

Part of what drew him to municipals during his time as a fixed-income trader at AIG Advisor Group in 2010 — after David moved over from equities — was how large was the scale and diversity of state and local government credit. He cut his teeth in municipals around the time when cries about $50 billion to $100 billion worth of defaults were coming, although they never did.

He’s currently working on state-specific curves that should be rolled out later this year.

“David is an innovator who has come up with thoughtful solutions to challenging conditions that arose in the creation and deployment of real-time municipal bond curves, some of which are already view-able on the ICE Data Services web-based Municipal Yield Curve App, as well as other live issuer curves that will be available for clients later this year,” his nominating form noted.

When not doing the business of bonds, David enjoys home-brewing beer — most recently a coffee stout. He has competed in triathlons, and another favorite activity is inner tube water polo — exactly what it sounds like. This quirky hobby led him to meet his wife, Alix, during the fall 2013 season. His spare time now is spent with his son, Nicholas. He and his wife are expecting a second son in December.

He is a graduate of Johnson & Wales University with a degree in Financial Services Management. David is a member of the Municipal Bond Club of New York.