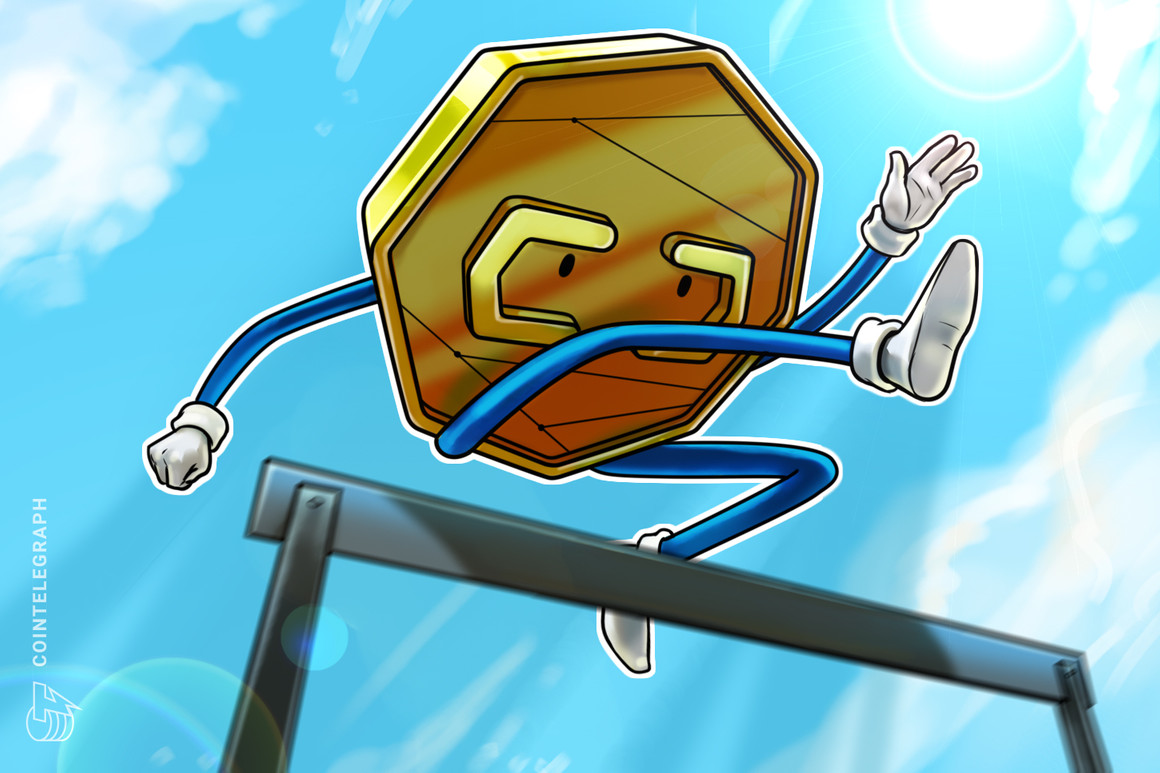 Optimism across the crypto market continues to rise as bullish developments in the price of Bitcoin and Ethereum (ETH) renewed discussions about a 2013-style double-pump rally that could push (BTC) price past $100,000.

The positive price action hasn’t been limited to the top two market leaders. Many altcoins continue to rally and the ‘altseason’ indicator from Cointelegraph Markets Pro is signaling that the momentum could continue for a while longer.

Data from Cointelegraph Markets Pro and TradingView shows that the biggest gainers over the past 24-hours were Presearch (PRE), Aragon (ANT) and IOTA (MIOTA).

The top performer of the day is Presearch, a blockchain-based, decentralized search engine that is community-driven and allows users to search privately and earn rewards for their activity.

VORTECS™ data from Cointelegraph Markets Pro began to detect a bullish outlook for PRE on Sept. 1, prior to the recent price rise.

The VORTECS™ Score, exclusive to Cointelegraph, is an algorithmic comparison of historic and current market conditions derived from a combination of data points including market sentiment, trading volume, recent price movements and Twitter activity.

As seen in the chart above, the VORTECS™ Score for PRE began to rise as the price of PRE started to increase, and reached a high of 73 on Sept. 1, around one hour before its price increased 245% over the next day.

The boost in momentum and price for the project came after the project announced that the Presearch Android application will be added to the ‘choice screen’ on factory reset phones and it will be available as a default search option on Chrome.

Aragon benefits from its partnership with Polygon

Aragon is an Ethereum network-based protocol that focuses on the creation of decentralized autonomous organizations (DAO) as a way to help projects develop governance structures so that their communities can get involved with the development of the protocol.

VORTECS™ data from Cointelegraph Markets Pro began to detect a bullish outlook for ANT on Sept. 1, prior to the recent price rise.

As seen in the chart above, the VORTECS™ Score for ANT climbed into the green zone on Aug. 31 and reached a high of 71 on Sept. 1, just two hours before its price began to surge by 77% over the next day.

The sudden spike in interest for ANT came following the Sept. 2 announcement that Aragon had partnered with Polygon to help make the process of launching DAOs on the Aragon network more cost-effective.

IOTA is a distributed ledger protocol that utilizes a proprietary technology called Tangle to perform consensus and confirm transactions.

The sudden surge in interest for the project comes after the protocol integrated the Hornet update, which brought back the auto-peering feature and also integrated a faucet plugin with the Hornet node. This makes the process of running a private ‘Tangle’ easier.