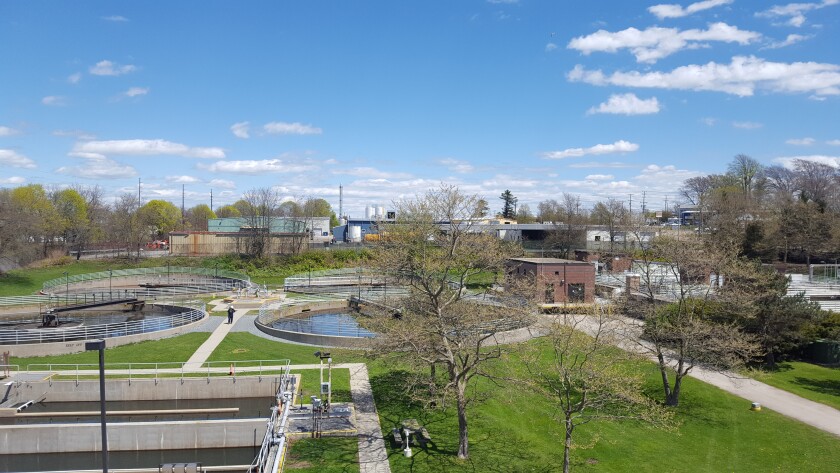 Two Rhode Island agencies will go to the market with negotiated infrastructure and housing deals next week.

“What we’re doing is continuing the modernizing of the infrastructure bank,” Diehl said. “Interest rates are very low and we have a fair amount of redemptions coming.”

Raymond James & Associates and Hilltop Securities are senior manager and financial advisor, respectively. According to bond documents, the Infrastructure Bank has $765 million of debt outstanding.

The Infrastructure Bank is issuing the bonds under a new master trust indenture, which combines both clean water and drinking water funding.

Bundling into a larger deal makes the package more attractive to the capital markets, Diehl added. “We think the market would like a larger, more liquid transaction.”

According to Diehl, 25 borrowers, including the Narragansett Bay Commission and the Providence Water Supply Board, will realize a combined $6.2 million of savings.

“These savings will help accelerate investment in other eligible clean or drinking water projects,” Diehl said.

“Underlying borrower credit quality is strong in comparison to similar programs, with around 86% of the pool exhibiting investment-grade credit characteristics,” Fitch said. Concentration is high, though, as the pool’s largest single obligor represents about 29% of the pool and the top-10 obligors account for nearly 79%.

RIIB evolved in 2013 from the Rhode Island Clean Water Finance Agency. The predecessor agency already had triple-A ratings, giving the bank a running start in the bond markets. It expanded to include Municipal Road and Bridge Fund and again in 2015 to include the Efficient Buildings Fund.

Bank officials have been able to work efficiently throughout COVID-19, Diehl said. The agency went to a full remote format in March 2020, when the pandemic began to escalate. By then it had transformed its technology.

“We were processing online forms before the pandemic,” Diehl said.

Rhode Island, like other states, stands to benefit from any infrastructure bill that comes out of Washington. The Senate on Tuesday approved a $1.2 trillion proposal to improve aging infrastructure. The measure must still pass the House of Representatives, where contentious debate looms over the next several weeks.

Moody’s rates the bonds Aa1 and S&P Global Ratings rates them AA-plus. S&P also affirmed its AA-plus rating on all other issues under the parity resolution, totaling about $863.1 million.

RIHousing officials said the “social bonds” designation of the Series 75 bonds reflects the use of proceeds consistent with principles established by the International Capital Market Association and mapping to four United Nations sustainable development goals.

It made its first such issuance, for $142 million, last September.

“What we do with our first-time homebuyers really aligns with social-bond principles that are out there,” Chief Financial Officer Kara Lachapelle said.

The agency, created in 1973, funds single-family lending programs through bond issuance through its resolution, sale of loans to Fannie Mae and sale of mortgage-backed securities.

In addition to its bond programs, RIHousing administers the Section 8 Housing Assistance Program, the home investments partnership program and the federal low-income housing tax credit, as well as other state and federal programs.

Its active single-family and multi-family bond programs have $1.15 billion of bonds outstanding as of June 30, including $844 million of homeownership opportunity bonds and $307 million of multi-family development bonds. Other debt totals roughly $240 million.

According to documents, 96.4% of its bonds are fixed-rate.

During fiscal 2021, it issued $277 million of homeownership bonds and $126 million of multifamily bonds.

In fiscal 2019, it shifted to a mortgage-backed securities program within its homeownership resolution. Since 2019, it has provided $382 million in mortgages and homebuyer assistance; $192 in rental assistance to 17,200 households and $145 million in financing to construct or rehabilitate 1,149 apartments.

In July, RI Housing approved awards for the creation of workforce housing under an innovation challenge its board approved in June. Officials say the awards will help build or preserve 301 rental units, of which 74 will be workforce-assisted units at developments in Providence and West Warwick.

The agency in January issued a request for proposals for program funds, the second funding round for the program.

Its initial round provided $3.4 million to two developments in Providence to assist the construction of 93 rental units, 38 of which are workforce assisted. The second round provides $5.9 million to four proposals.

Funded developments include the Studley Building, Strive Lofts and Case Mead, all in Providence; and Arctic Mill in West Warwick.