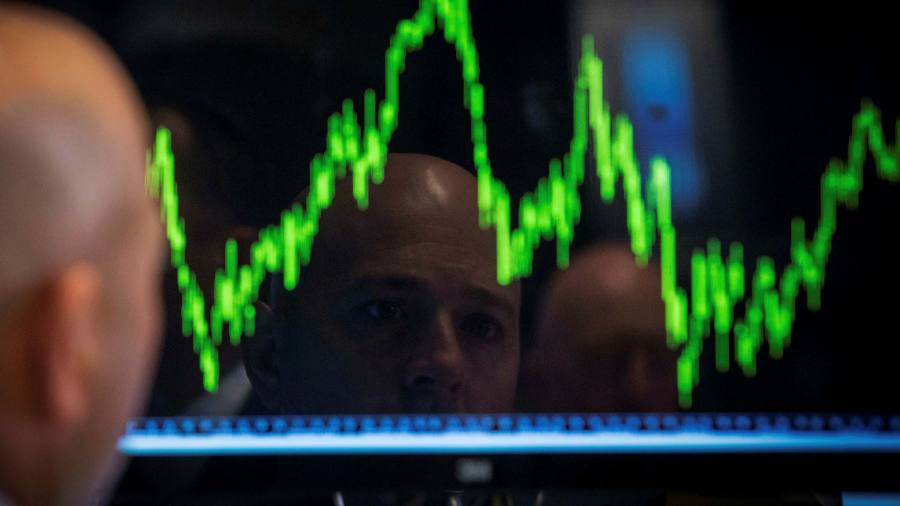 US stocks ended Friday at a new high, reversing steep losses at the start of the week, as fears about the Delta variant of coronavirus were soothed by strong corporate earnings and continued central bank support for financial markets.

The S&P 500 climbed 1 per cent, lifting the index’s weekly gain to 2 per cent and its advance for the year above 17 per cent. The technology-focused Nasdaq Composite rose just over 1 per cent, giving the index its strongest weekly advance since April.

The Stoxx Europe 600 index, which had its worst session of the year on Monday with a 2.3 per cent drop, gained 1.1 per cent on Friday and was up 1.5 per cent for the week.

The dominance of the highly transmissible Delta virus variant has helped to stir fears that global economic growth could slow. Such concerns, however, have been overshadowed by upbeat guidance from much of corporate America and expectations that central banks stand at the ready to intervene if growth cools.

“It felt like a very miniature version of the spring of 2020,” said Trevor Greetham, head of multi-asset investments at Royal London, referring to last year’s plunge in global stock markets that was reversed after central banks pledged trillions of dollars worth of monetary support.

“The markets now know if there is a period of [economic] weakness, there will be extra stimulus as required.”

US president Joe Biden is expected to reappoint Jay Powell as chair of the Federal Reserve, suggesting no break with the central bank’s current policies, while the European Central Bank on Thursday reaffirmed its commitment to keeping eurozone interest rates at record lows.

Of the S&P 500-listed companies that have issued results for the second quarter of 2021 so far, 88 per cent have beaten analysts’ forecasts, according to FactSet data.

Investors had already pencilled in a blockbuster earnings season as companies’ profits were flattered by the base effects of a historic recession last year.

“But the earnings do matter,” said Philip Toews, president of the asset manager Toews Corporation. He noted that the fact profits were eclipsing expectations was critical to holding on to equities, which are valued at an elevated level based on several metrics compared to historical averages.

“When markets are as overvalued as they are now, anything that supports the rally is taken as significant,” he said. “We are in a bubble, we are in the top quintile of [historic] valuations, so it’s all about figuring out ways to remain committed to the market.”

The cyclically adjusted price/earnings ratio of the S&P 500, a closely watched valuation measure developed by the economist Robert Shiller, is around its highest level since the late stages of the 1990s dotcom boom, according to Barclays Indices.

But some investors have warned that the shift back to growth stocks has underscored the anxiety around decelerating economic expansion.

Small-cap stocks, seen as more sensitive to shifts in US economic growth, trailed the broader market on Friday with the Russell 2000 up 0.5 per cent. The Dow Jones Transportation Average, filled with economic bellwethers including railroads and shipping groups, also lagged on the final day of the trading week, rising 0.7 per cent.

“Before the end of March, we’ve seen investor concern around deceleration continue to creep into the marketplace,” Patrick Palfrey, an equity strategist at Credit Suisse, said. “It’s caused investors to re-evaluate the long-term potential of these value oriented, procyclical investments.”

The yield on the 10-year US Treasury note was little changed on Friday at 1.28 per cent, remaining near its lowest level since February. Bond yields move inversely to prices.

The dollar index, which measures the greenback against leading currencies, rose 0.1 per cent. Brent crude, the international oil benchmark, rose 0.4 per cent to settle at $74.10 a barrel.