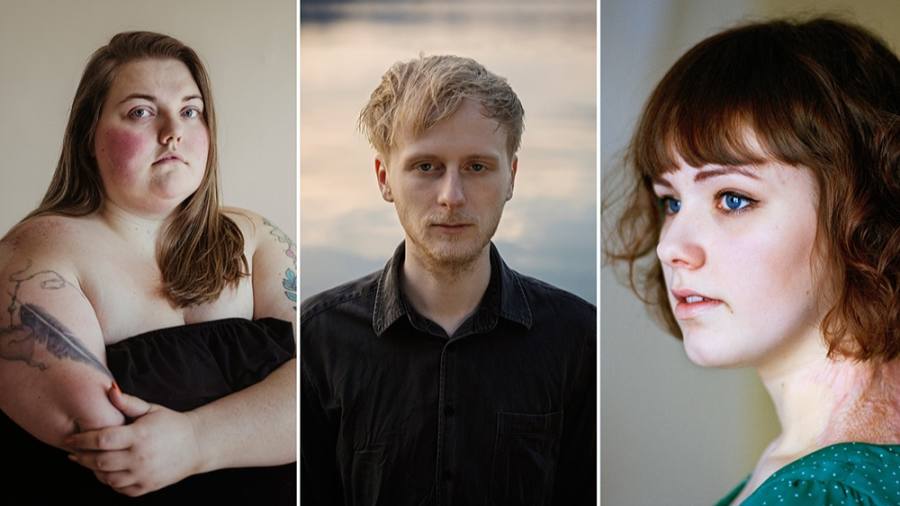 Norway’s capital was quieter than usual on July 22 2011, a wet Friday during the summer holidays. At 3.25pm a bomb hidden inside a van exploded outside the prime minister’s office, shattering the nation’s peace and setting in motion an afternoon of scarcely believable terror. By the end of the day, 77 people had been murdered. Most of them were teenagers.

The attacks, the deadliest violence in Norway since the second world war, were carried out by 32-year-old Anders Behring Breivik. He began in Oslo’s government quarter where, dressed as a police officer, he left the homemade bomb of about 950kg. Nine minutes after he walked away, the device detonated, destroying the facade of not just the tower block housing the prime minister’s office but several other ministries and the country’s best-selling newspaper VG.

Most workers were on holiday, but eight people died in the bombing. “The whole building was shaking. I was in the middle of this extreme chaos,” says Andrea Gjestvang, a photographer and VG picture editor. “I was just really, really scared.”

As shock and confusion gripped Oslo, Breivik drove 40km north-west out of the capital to the small island of Utoya in Tyrifjorden lake. Each year, the island played host to a summer camp for AUF, the youth organisation of the ruling centre-left Labour party.

Hundreds of teenagers as young as 14 flocked there from all over Norway for a mixture of socialising, camping and earnest political debate. Some were politically engaged; many were tagging along with friends. On July 21, culture minister Anniken Huitfeldt had sent a text message to the head of the AUF on Utoya saying, “I wish I were you”.

Armed with a pistol and rifle, Breivik presented himself as a policeman who had come to the island to check all was OK after the bombing. He began moving around Utoya methodically killing victims. Some he told he’d been sent to help before shooting them. Others he shot as they pretended to be dead. “You are going to die today, Marxists,” he reportedly yelled.

Twice Breivik called police to surrender. But their response was chaotic and plagued by mistakes. Crucial information wasn’t shared between departments. At one point, heavily armed police tried to use a boat that was too small to reach the island and had to turn back because it started to sink. By the time police reached Breivik, he had killed 69 people on Utoya. More than 500 survived, many by swimming into the frigid water of Tyrifjorden where they were picked up by boating locals and tourists.

Many had at first assumed the attacks were perpetrated by Islamic fundamentalists. Discovering Breivik was Norwegian, that he was “one of us” — as the title of journalist Asne Seierstad’s book on the attacks called it — was a shock. Prime Minister Jens Stoltenberg captured the national mood in a speech in Oslo cathedral two days after the attack, saying that Norway would never give up on its values. “Our response is more democracy, more openness and more humanity,” he said. He endorsed the comments of an AUF member who had said, “If one man can create that much hate, you can only imagine how much love we as a togetherness can create.”

Breivik’s criminal trial began in April 2012. He was initially diagnosed as paranoid schizophrenic, before a second evaluation judged he suffered from narcissistic personality disorder. He calmly described to the court how he killed 77 people, and said his original plan had been to behead Gro Harlem Brundtland, the former Labour prime minister who left Utoya shortly before he arrived. In August 2012, Breivik was given the maximum sentence allowed — 21 years — with the possibility of indefinite extension. Since then, he has been kept in isolation, receiving only visits from a chaplain and, before her death, his mother.

“22 juli”, as the attacks are known in Norway, has become as infamous a date as 9/11 is in the US. Due to the tight-knit nature of this country and the wide geographical spread the victims came from, one newspaper estimated as many as one in four Norwegians knew somebody affected. “We were not prepared at all,” says Huitfeldt, a former leader of the AUF and Labour minister. “We could not imagine something so horrible could happen in our peaceful little country.”

Seierstad, best known for her books chronicling everyday life in war zones including Kabul and Baghdad, says that the impact of July 22 was different from 9/11. “September 11 changed the world. It changed my life. It changed American society. It changed our way of flying, geopolitics. July 22, it didn’t even change Norway,” she says. “Yes, we have this wound and we have to recover and it will never be as it used to be. But what has changed?”

Security has been tightened around government buildings and parliament, but she argues little else is different. Many Norwegians try to block out the memory of the attacks and some, wishing to deny him infamy, refuse to refer to Breivik by name, calling him just “the terrorist”. The 10th anniversary has refocused attention on the place of the tragedy in the national consciousness. Some feel that while Norway handled the immediate aftermath well, it has struggled recently.

Parts of the government quarter in the heart of Oslo stand unrepaired amid an ongoing dispute about how to rebuild. A striking memorial at Utoya, featuring a section of rock removed from the island to create a symbolic “gash” on the landscape, was abandoned in 2017 after public outcry. Opposition from neighbouring communities on the lake led to a court battle that further traumatised many of the victims’ families. A new memorial on the island will still be under construction after the anniversary passes.

“Everyone has underestimated the symbolic power of this wound. It’s a sign that we are not healed,” says Gjestvang. She adds that the original proposal was potent for how it captured suffering. “It is painful. We have to face it.”

Huitfeldt says the lack of a memorial is “unbelievable”, but points to the controversies in New York over a 9/11 memorial, which opened on the 10th anniversary of those attacks. “People are more united in the beginning, and then they start to disagree.”

Seierstad is less sure, arguing that there is little with which to compare such a large national trauma. “I don’t say it has been smooth. But in the whole, Norway has done the right things,” she says, pointing to the government’s response and the openness of the trial, which acted as “both catharsis and a fact-finding mission”.

A national commission revealed serious shortfalls with Norway’s emergency preparedness. But it was most scathing about the police, arguing that they could have prevented the bombing and arrested Breivik earlier in the day. Norway’s head of police, who had been best man at Stoltenberg’s wedding, was forced to resign. Seierstad is similarly highly critical of the police, noting that as Breivik shot dead on average about one person every minute during his massacre, a delay of 20 minutes cost many lives. “We were like a failed state that day,” she says.

Perhaps the area where Norway has most struggled to process the attacks is the most surprising: politics. Breivik was explicit in targeting the Labour party and its youth organisation, claiming they were guilty of encouraging multiculturalism and helping Muslims “take over” Norway and western Europe. “The aim of the attacks was to give a symbol to the people. The Labour party has betrayed the country and the people,” Breivik said during his first court appearance according to the judge. “They paid the price for that yesterday.”

Breivik had been a member of the nationalist, anti-immigration Progress party, which has long been defined by its opposition to Labour. But Breivik left Progress well before the attacks, and Labour officials have resolutely refused to pin any blame on the party itself. “It’s just unfair to give them responsibility for what occurred. In a political debate that is more polarised than before, they can’t be held responsible for his conduct,” says Huitfeldt. But she adds, “His ideas don’t come from nowhere. They come from somewhere. All of us have to take responsibility.”

Siv Jensen, then Progress party leader, used the phrase “sneak Islamisation” in 2009 to describe the situation in Norway. Seierstad says she believes “there is a link between Progress and [Breivik]”. She says her research shows that Progress stopped talking to the future murderer “not because he was too extreme but because he was stupid”. She says the party never truly acknowledged its ties to Breivik and that “we as a society have never made them”.

Jensen wrote in The Wall Street Journal in 2011 that Progress was “embarrassed, disgusted and truly sad” Breivik was once a member. She added that he left the party in 2006 and appeared “to have undergone an extreme radicalisation since then” with his actions and beliefs “totally contrary to our policies and values”.

Parliamentary elections are set for September, with opinion polls pointing to a return to government for the Labour party for the first time since 2013. The country has had a centre-right coalition for the past eight years, including Progress for more than six years. The party faced controversy after Sylvi Listhaug, then the justice minister, said that Labour thought “terrorists’ rights are more important than the nation’s security” before it finally left government early last year.

Since then, Labour and AUF officials have argued more and more that Breivik’s ideas did not grow in a vacuum. Asmund Aukrust, a survivor of July 22, told the FT in 2018, “I think we [as a country] have not processed what really happened on July 22. Now we need to discuss what was behind the attack.”

Huitfeldt says part of the issue was that Stoltenberg and others framed the attacks as “an attack on our nation”, rather than one targeting the Labour party, in a successful attempt to unite the country. But a side effect, she feels, is that the AUF and Labour party were often not acknowledged as victims. “Because we were accused of taking advantage of the situation, we almost feel guilty when we talk about it. When they accused us of playing the so-called Utoya card, it is difficult to have a political debate on the causes of extremist thought,” she says. Still, some suggest Labour have tried to exploit the circumstances. “It’s impossible to take advantage of the situation. But then you are accused of doing so. It’s something we can’t argue against. You are accused of being too emotional, your ideas don’t count,” Huitfeldt adds.

Some of the survivors face online hate, receiving comments such as “you should have been shot”. Seierstad compares such internet trolling with the denial by some that the Sandy Hook school shootings in the US ever took place. She says, “We don’t live in a vacuum. Everything that exists in other countries exists here too.”

As the anniversary approaches, discussing the attacks’ legacy has become more natural. But while debate about Utoya may be opening up, many wonder how well Norway is addressing the issues underlying rightwing extremism. In 2019, Philip Manshaus, a 21-year-old Norwegian, shot his stepsister to death and then opened fire in an Islamic centre near Oslo (fortunately no one at the mosque was killed). Meanwhile, for all the furore over Listhaug’s comments, she has since become leader of Progress.

Ten years ago, as news of the bombing began circulating, initial speculation centred on Islamist terrorism. Seierstad says that if that had been the case it would have been “easier and much harder” for Norway to deal with. “The fact is that he was one of us. Where do you put the blame? It is of course him. But is it also a bit us? Is there something we have done to inspire him?”

Andrea Gjestvang is a member of Panos Pictures, and is based between Oslo and Berlin