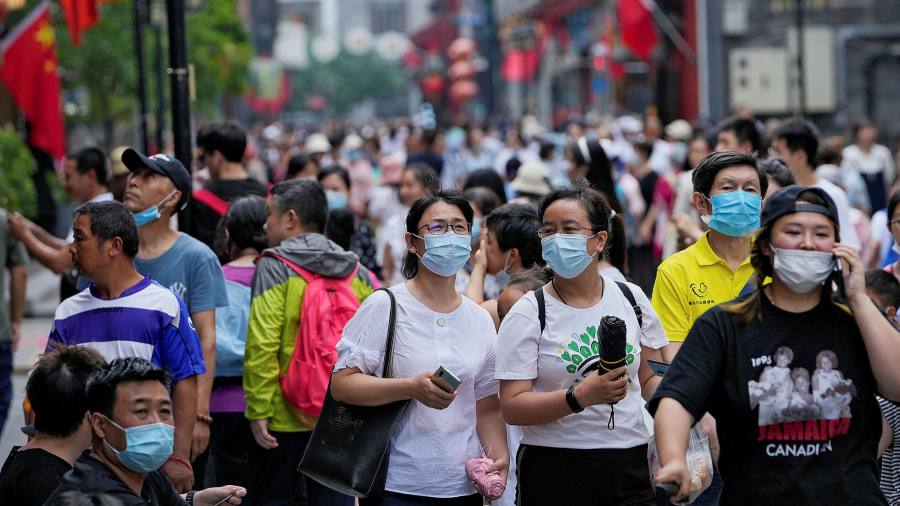 The pace of China’s economic recovery rose modestly in the second quarter after signs of sluggishness in the world’s second-biggest economy stoked expectations of greater policy support.

On a quarter-on-quarter basis, China’s gross domestic product expanded 1.3 per cent in the three months to the end of June, up from a 0.4 per cent expansion in the previous quarter, the National Bureau of Statistics said on Thursday. Economists had predicted quarter-on-quarter growth of 1 to 1.2 per cent, according to polls by Bloomberg and Reuters.

Second quarter GDP was 7.9 per cent higher than a year earlier, compared with year-on-year growth of 18.3 per cent in the first quarter. The high growth in the first quarter reflected an almost complete halt in economic activity in early 2020 after the Covid-19 pandemic erupted in central China and forced the government to impose a nationwide lockdown.

The NBS data release comes at a tense juncture for China’s economic planners trying to balance financial stability with growth.

Liu Aihua, a spokesperson for the NBS, told reporters in Beijing that the economy had continued to “recover steadily” but warned over the outlook and said the recovery was “unbalanced”.

“We should also be aware that the coronavirus continues to mutate globally and external instabilities and uncertainties abound,” she said.

Signs of downward pressure on China’s recovery have prompted speculation that Beijing will unleash more policy support to shore up business confidence and employment and lift spending.

But any such loosening threatens to undercut policies introduced to reduce leverage and deal with a series of bond defaults late last year. These problems are especially acute among state-owned enterprises in central and northern provinces, sparking concerns about financial system instability.

China, the first big economy to move out of a lockdown last year, has been watched closely by other economies wrestling with fragile recoveries and the effects of the crisis.

The country’s exports have for much of this year outperformed market expectations, boosted by the US and parts of Europe easing social distancing measures and returning to growth. But the Covid-19 Delta variant’s rapid spread has cast doubt over external demand in the second half of the year.

Still, according to the NBS, China’s industrial production grew 8.9 per cent compared with the same period a year earlier.

Investment in fixed assets, which tracks spending in crucial areas such as infrastructure and property, was up 12.6 per cent year-on-year in the first half of 2021.

Mixed sentiment over China’s domestic consumption has also raised some concerns over the health of the services sector.

Retail sales rose 12.1 per cent in June. That compared with 12.4 per cent in May and 17.7 per cent in April, the NBS data showed, highlighting continued pressure on domestic consumer spending and an uneven economic recovery.

Nashville Estate Loved By Country Music Celebrities Is Up For Absolute Auction
Stocks making the biggest moves midday: Carvana, Colgate-Palmolive, Tesla and more
Mortgage rates drop to the 5% range for the first time since September
Focus on Consistency NOT on Hitting Home Runs on Your Trades
Florida County Map Shows Where The Income Gap Is Biggest