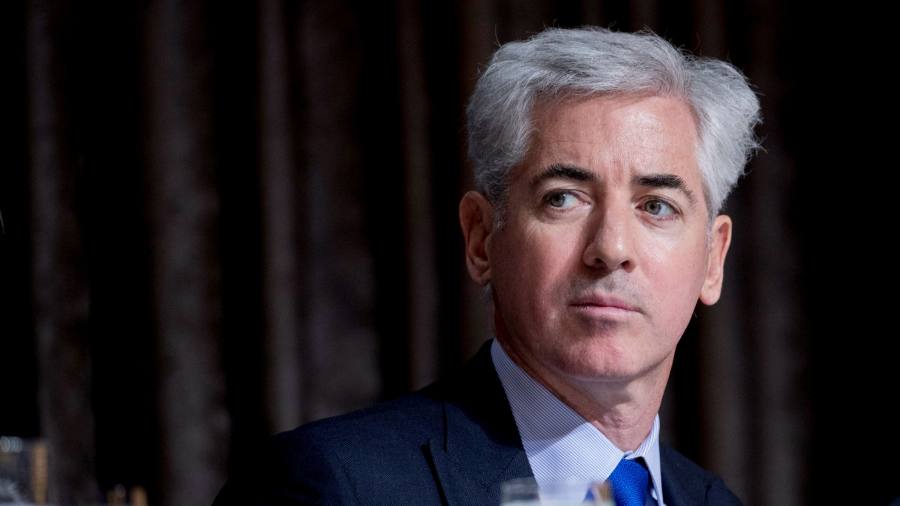 Bill Ackman has already once tried — and failed — to redefine the Spac. Now he is trying again.

The hedge fund manager’s special purpose acquisition company, Pershing Square Tontine Holdings, which raised $4bn last year, was not just the largest blank-cheque vehicle ever launched. It did away with some of the perks for founders, such as free shares, which have given the Spac phenomenon a bad name in some quarters.

Few Spacs followed the model, as the boom in new issues continued into this year, only to suddenly cool in the past few months. With his complex deal to buy a stake in Universal Music and split PSTH into three, announced on Friday, Ackman is positioning himself for the next phase of the Spac era.

The headline acquisition was not what anyone expected. Instead of buying a Bloomberg or a Stripe, private companies of the size and stature to go public in the US through a $4bn Spac, Ackman said he was purchasing a 10 per cent stake in the music publisher at a $40bn valuation and would distribute Universal shares to PSTH investors after the company lists in Europe later this year. That looked more like a short-term hedge fund deal than a traditional Spac transaction.

Yet it was the other parts of the announcement that could be a harbinger of what is to come for Spacs, as they navigate a new landscape of investor scepticism and regulatory pressure.

After the distribution of Universal Music shares, PSTH will carry on as a smaller blank-cheque company that will continue to hunt for targets. There is also to be a new vehicle that will give his current investors an option to finance another future transaction, but without having to pony up the cash in advance as they do in a traditional Spac.

The three-pronged plan initially sent shares in PSTH down to their lowest price since September last year, but on Monday they had rebounded a bit, as investors digested Ackman’s ability to get out of a tough situation in a fairly elegant way.

PSTH is hardly the only Spac struggling to find a full-blown acquisition. After the burst of fundraising, more than 400 are looking.

Michael Ohlrogge, an assistant professor at New York University, said it was difficult for Ackman to find a decent deal in part because valuations of private companies willing to go public have reached feverish heights over the past year.

“To the extent that Ackman wasn’t able to find a deal that could deploy all of his Spac’s capital in a company at a reasonable valuation, I think that it’s good that he found a creative alternative as he did,” Ohlrogge said.

Now investors will now have two more opportunities to participate in deals led by Ackman, neither of which will be under the usual constraints of Spacs.

PSTH will remain a cash shell company that will have access to up to $2.9bn through a funding agreement with Ackman’s hedge fund, but this time there will be no two-year time limit. Pershing Square funds will own about 29 per cent of the company.

The other vehicle is a new entity that Ackman is calling a special purpose acquisition rights company, or Sparc, whose holders will have an option but not an obligation to participate in the next deal. The Sparc will list on the New York Stock Exchange, but unlike a Spac, it will not raise money before finding a target and there is no obligation on PSTH investors to exercise the option. If they choose to do so, they will pay $20 a share.

Shivaram Rajgopal, a professor at Columbia Business School, said there were positive aspects to the complicated deal.

“The Sparc structure goes a step further than the Spac and gives better options to the capital providers. It involves a little bit less ‘trust me with the money’ kind of situation that we have with Spacs,” he said.

The US Securities and Exchange Commission has put the brakes on the Spac phenomenon since a record number of fundraisings in the first two months of 2021. It has stepped up scrutiny of deal announcements, warned promoters against making outlandish growth forecasts for the companies they acquire, and forced Spacs to make time-consuming changes to their accounting.

Criticism of Spacs has also reached Congress. “It appears that Spac mergers are structured to ensure Wall Street insiders receive huge profits, and retail investors pay the costs,” Maxine Waters, the California Democrat who chairs the House of Representatives committee on financial services, said at a hearing last month.

Investor enthusiasm for Spacs has further waned this year in part because of the poor share price performance from companies that have announced or completed their acquisitions.

The two-year time limit imposed on Spacs is thought to lead to lower quality deals as sponsors, faced with losing their initial investment if they fail to strike a deal, rush to woo companies that may not be ready to go public. The Sparc could help alleviate the pressure and potentially lead to better dealmaking.

“This structure makes far more sense,” Rajgopal said. “I think this is Spac 2.0.”