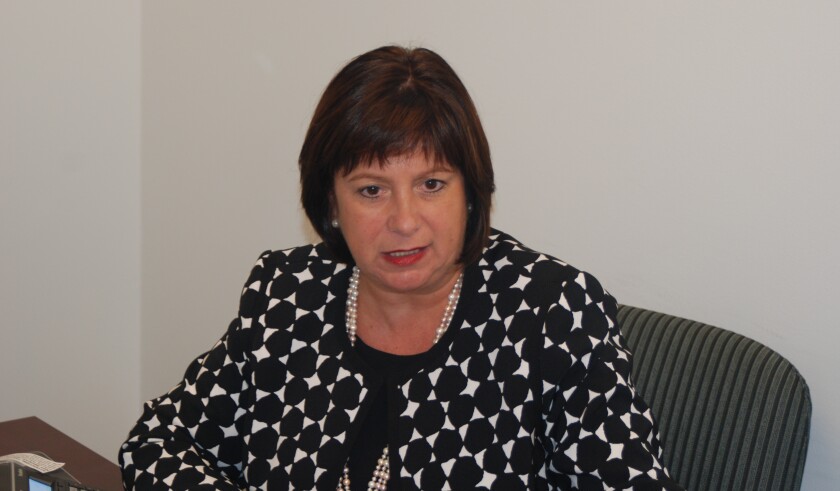 The Puerto Rico Oversight Board passed a fiscal plan Thursday with 18% more spending through fiscal 2026 compared to the fiscal plan it approved in April.

Board Chair David Skeel said this is the first year the government should have a balanced budget because it will be the first year it will be paying a set amount of debt. This assumes the Plan of Adjustment goes into effect before June 30 and it is possible that appeals or other issues will push back the effective date beyond then.

The board is projecting more revenues to work with because the federal Centers for Medicare and Medicaid Services has issued guidance that will mean more Medicaid funding for the island. Federal COVID-19-related stimulus also has led to higher-than-expected economic growth.

“This first fiscal plan after the confirmation of the plan of adjustment no longer focuses on rightsizing the Commonwealth government,” said board Executive Director Natalie Jaresko. “That fiscal predictability provided by the exit from bankruptcy, together with a significant increase in federal funding, allows the government to increase public employee salaries and invest in more effective services for the people and businesses of Puerto Rico.”

Jaresko said the current fiscal plan was a “turning point.” Government spending cuts the board thought necessary in 2017 have largely been enacted in recent years, allowing it to focus on renewed investment and spending.

The plan adopted Thursday includes salary increase in a Uniform Remuneration Plan and salary increases for groups outside of this plan including teachers, correctional officers, and firefighters totaling $1.8 billion over five years.

The plan also includes $1.6 billion more for retirement benefits and medical insurance for police officer over the next 30 years.

It includes a civil service reform that includes redesigning evaluation and recruitment processes and updating compensation structures. The pay raises are seen as part of this reform.

The plan includes a new Financial Management Agenda. Along with the civil service reform this will include the establishment of a chief financial officer, implementation of a debt management policy, more timely audited financial statements, automated time and attendance for employees, and improving procurement practices.

Faced with a higher-than-expected Census count of population, the new fiscal plan assumes there is 10.1% more people on the island in the current fiscal year than did the April fiscal plan. It also assumes that population will decline by 3.9% through fiscal 2026, compared to a 5.6% decline projected in the April plan for those same years.

At Thursday’s meeting, board members also discussed modifying the Puerto Rico Oversight, Management, and Economic Stability Act to allow for the early disbandment of the board. Currently the act specifies the board is to be disbanded after four years of balanced budgets using modified accrual standards and the government can access the capital markets at affordable rates.

Board Member Justin Peterson spoke in favor of Congress modifying PROMESA so that the board would be disbanded after it completed the restructuring of the debt of the Puerto Rico Electric Power Authority. He said he hoped this could be completed this year..

Board Member Andrew Biggs disagreed with ending the board within a year. He said the local government had made “very serious errors” that had led to the creation of the Oversight Board and some of those errors continue. He said he did not have confidence that the government was equipped to address the problems without the board.

Board Members John Nixon, Antonio Medina, and Skeel generally supported Biggs’ stance that the board should continue as specified by PROMESA.

Board Member Betty Rosa was absent from the meeting.

Anaheim mayor resigns amid FBI corruption investigation
Stocks making the biggest moves premarket: Big Lots, Hibbett, Pinduoduo and others
Pending Home Sales Dip In April Amid Rising Rates, Steeper Prices
Powers On… When will we learn from recent history to protect our crypto and ourselves?
How Terra’s collapse will impact future stablecoin regulations