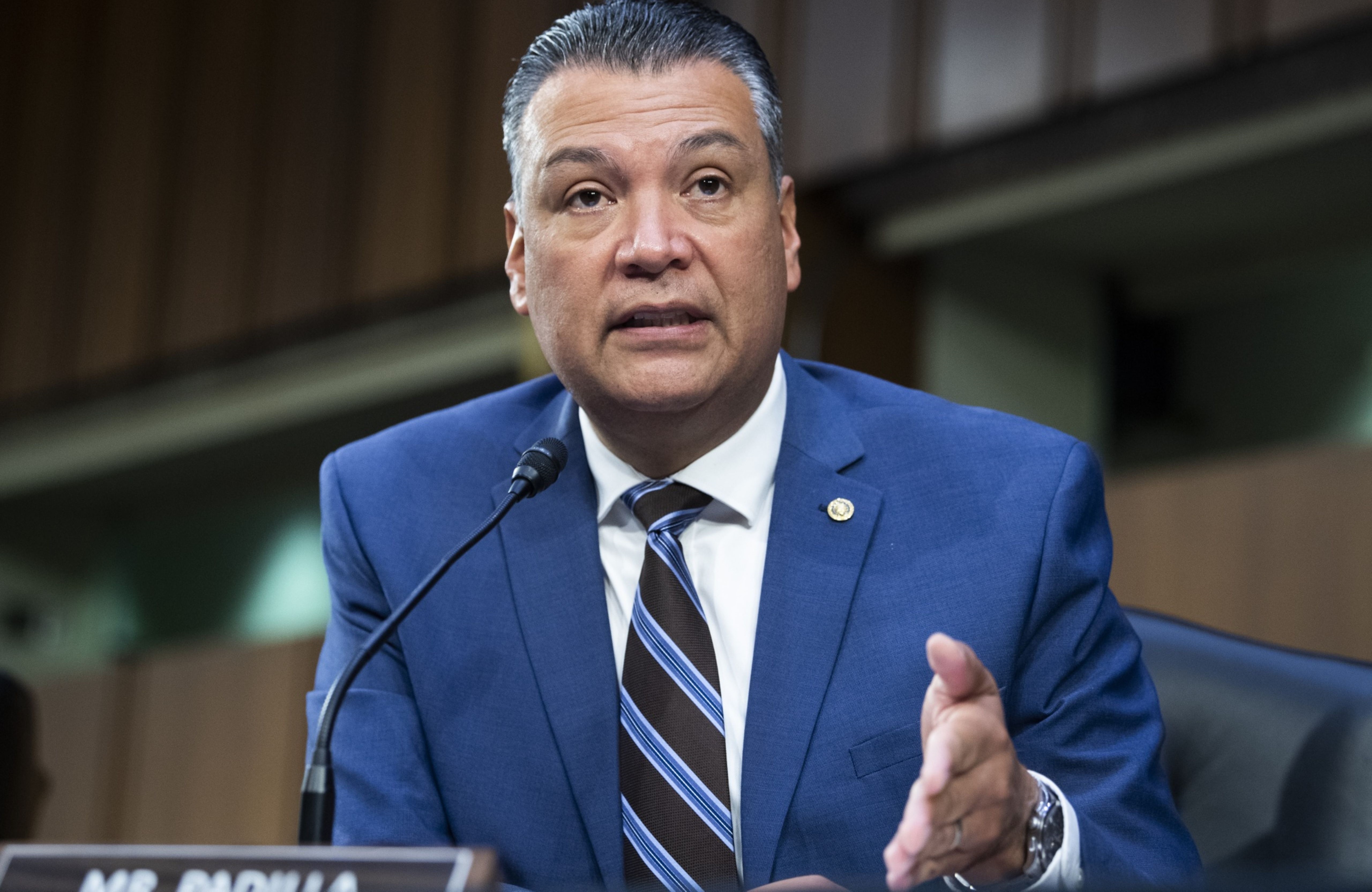 California is well-positioned to qualify for the plethora of federal broadband infrastructure money available through the $1.2 trillion infrastructure bill, according to Sen. Alex Padilla and others who spoke during an online event Tuesday.

California Forward and California Emerging Technology Fund hosted the online webinar with Padilla, D-Calif., and several other speakers. The topic: what the state needs to do to get its fair share of federal money available to build out a more equitable and accessible broadband network.

The infrastructure bill included $65 billion for broadband projects, and $42 billion of that will be administered in six new grant programs, said Evelyn Remaley, acting administrator for the National Telecommunications Information Administration and acting assistant U.S. Secretary of Commerce for communications and information.

“California will receive a minimum of $100 million with additional money available from the formula in the act,” Remaley said. “The additional amount will not be known until the FCC completes its map.”

The Federal Communications Commission is expected to complete the map showing the areas of the country that are underserved by high-speed internet by early to late summer 2022, Remaley said. Funding, beyond the minimums provided to each state, will be based off that map, a database of the areas most in need of broadband, she said.

All the pots of funding are designed to meet the president’s stated goal of achieving 100% adoption and use of broadband, Remaley said.

“I think we all remember the photos of the students working on their computers outside the Taco Bell last year, because they didn’t have internet at their homes,” Padilla said.

Despite efforts to increase availability, 26% of K-12 students and nearly 40% of low-income students in California still did not have reliable internet access in fall 2020, according to an April 2020 statewide survey by the Public Policy Institute of California.

The 2019 American Community Survey showed rural areas had the lowest broadband subscription rates. Limited connectivity may reduce access to telehealth, which is important because rural areas face shortages of physicians and mental health providers, according to PPIC.

“I want to build on what we have, so that we are truly connecting more California families to broadband and all the resources that comes with that,” Padilla said.

Though California qualifies for a minimum of $100 million, much more could be available, Padilla said.

“California is ahead of the game, because of how long we have been at it,” Padilla said. “And also because of the state commitment to broadband. We aren’t starting from scratch, but we need precision in determining where the underserved and unserved areas of the state are.”

States like California that are already working on their own database to determine the areas of most need are more likely to qualify for federal loan and grant programs, said Joanne Hovis, president of CTC Technology and Energy, an engineering and business consulting firm, and CEO of the Coalition for Local Internet Choice.

California Gov. Gavin Newsom signed Senate Bill 156 in July, which provides $6 billion in funding over several years to construct a state-owned open access middle-mile broadband network and last mile projects to connect unserved households and businesses with local networks. The bill was part of a package agreed to by the governor and Legislature that included several bills to further the state’s efforts to provide high-speed internet access to everyone.

The COVID-19 pandemic created an environment where there is bipartisan support for funding to make online learning accessible to all students and telehealth available to unserved and underserved communities including rural areas and tribal communities, Hovis said. Though there was opposition to some aspects of the federal infrastructure bill, there was support on both sides of the aisle for broadband funding, she said.

All states will get the minimum, but there are other pots of money available for equity that will require good FCC maps at the address level, Hovis said.

The pots of money available through not just the federal infrastructure bill, but through other programs, need good planning at the state level and good data and California has that, Hovis said. Some states have done nothing to work toward universal broadband, and they will have a harder time qualifying for federal grants, she said.